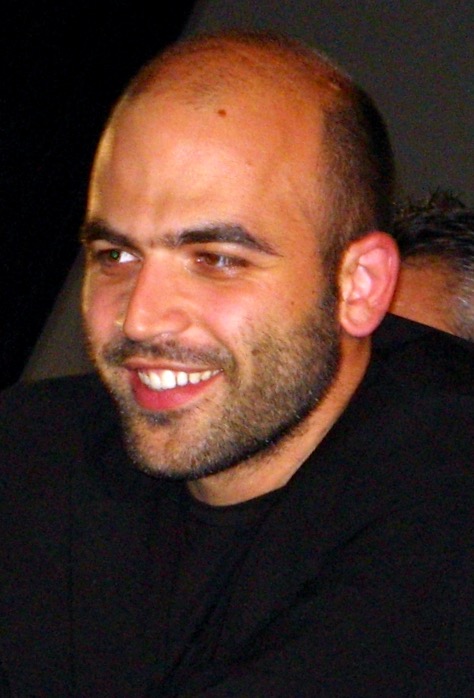 Roberto Saviano (; born September 22, 1979) is an Italian writer, essayist, and screenwriter. In his writings, including articles and his book ''Gomorrah'', he uses literature and investigative reporting to tell of the economic reality of the territory and business of organized crime in Italy, in particular the Camorra crime syndicate, and of organized crime more generally.

After receiving death threats in 2006 made by the Casalesi clan of the Camorra, a clan which he had denounced in his exposé and in the piazza of Casal di Principe during a demonstration in defense of legality, Saviano was put under a strict security protocol. Since October 13, 2006, he has lived under police protection.

Saviano has collaborated with numerous important Italian and international newspapers. Currently, he writes for the Italian publications ''l'Espresso'', ''la Repubblica'', and ''The Post Internazionale''. Internationally, he collaborates in the United States with ''The Washington Post'', ''The New York Times'', and ''Time''; in Spain with ''El Pais''; in Germany with ''Die Zeit'' and ''Der Spiegel''; in Sweden with ''Expressen''; and in the United Kingdom with ''The Times'' and ''The Guardian''.

His writing has drawn praise from many important writers and other cultural figures, such as Umberto Eco.