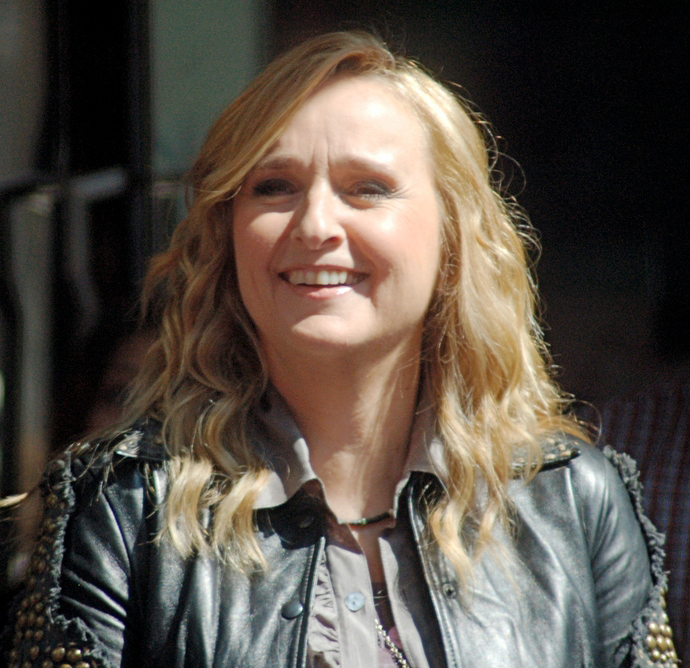 Melissa Lou Etheridge (born May 29, 1961) is an American singer-songwriter, guitarist, and activist. Her self-titled debut album ''Melissa Etheridge'' was released in 1988 and became an underground success. The album peaked at No. 22 on the ''Billboard'' 200, and its lead single, "Bring Me Some Water", garnered Etheridge her first Grammy Award nomination for Best Rock Vocal Performance, Female. In 1993, Etheridge won her first Grammy award for her single "Ain't It Heavy" from her third album, ''Never Enough''. Later that year, she released what would become her mainstream breakthrough album, ''Yes I Am''. Its tracks "I'm the Only One" and "Come to My Window" both reached the top 30 in the United States, and the latter earned Etheridge her second Grammy award. ''Yes I Am'' peaked at No. 15 on the ''Billboard'' 200, and spent 138 weeks on the chart, earning a RIAA certification of 6× Platinum, her largest selling album to date.

In October 2004, Etheridge was diagnosed with breast cancer, and underwent surgery and chemotherapy. At the 2005 Grammy Awards, she made a return to the stage, performing a tribute to Janis Joplin with Joss Stone. Stone began the performance with "Cry Baby" and Etheridge, bald from chemotherapy, joined her to perform the song "Piece of My Heart". Their performance was widely acclaimed and India.Arie wrote "I Am Not My Hair" about Etheridge. Later that year, Etheridge released her first compilation album, ''Greatest Hits: The Road Less Traveled''. The album was a success, peaking at No. 14 on the ''Billboard'' 200, and going Gold almost immediately. Her latest studio album is ''The Medicine Show'' (2019).

Etheridge is known for music with a mixture of "confessional lyrics, pop-based folk-rock, and raspy, smoky vocals." She has been a gay and lesbian activist since her public coming out in January 1993. She has received fifteen Grammy Award nominations throughout her career, winning two, in 1993 and 1995. In 2007, she won an Academy Award for Best Original Song for "I Need to Wake Up" from the film ''An Inconvenient Truth''. In September 2011, Etheridge received a star on the Hollywood Walk of Fame. Provided by Wikipedia
Showing 1 - 5 of 5 for search: 'Etheridge, Melissa, 1961-', query time: 0.09s
List  Tabulka
Search Tools: Get RSS Feed — Email this Search —
Loading...