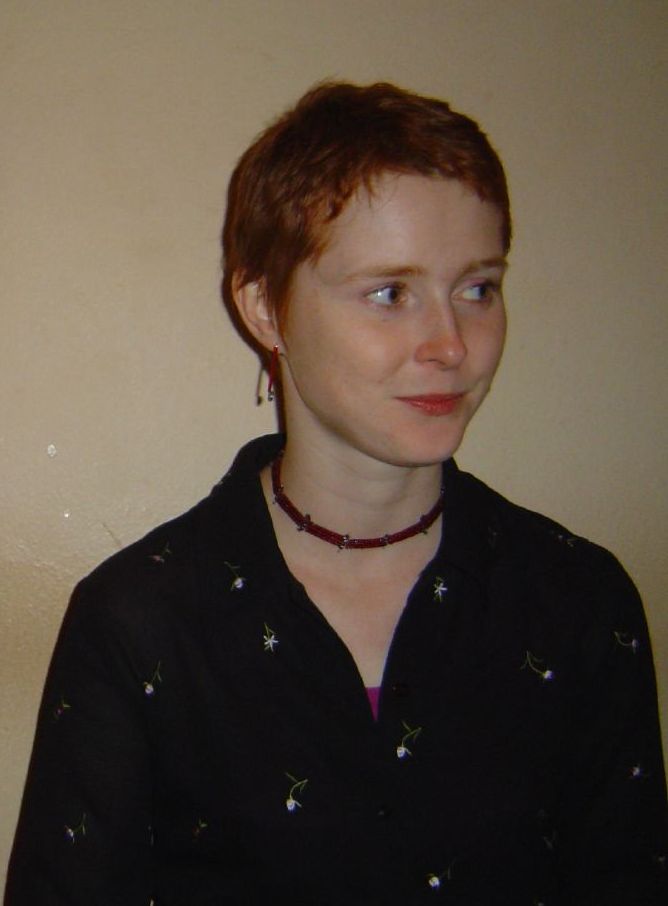 Marie Šťastná (6 April 1981, Valašské Meziříčí, Czechoslovakia, now Czech Republic) is a Czech poet. She has a degree in Art History and History of Culture from the University of Ostrava.

In 2004 she received the Jiří Orten's Award (''cs'': Cenou Jifiího Ortena), a prestigious award for authors under thirty years, for her collection of poems, ''Krajina s Ofélií'' (''Scenery with Ophelia''). Juror Ivan Binar said "The unsightly book with a suspicious title was a great surprise and pleasure for me. I began reading, and didn't stop until I reached the end".

In 2010 she was awarded the Dresdner Lyrikpreis.

Šťastná regularly holds public readings of her works in Ostrava and Brno, but also attends larger literature events such as "Literature May". She lives in Prague, Czech Republic. Provided by Wikipedia
Showing 1 - 1 of 1 for search: 'Šťastná, Marie 1952-', query time: 0.02s
List  Tabulka
Search Tools: Get RSS Feed — Email this Search —